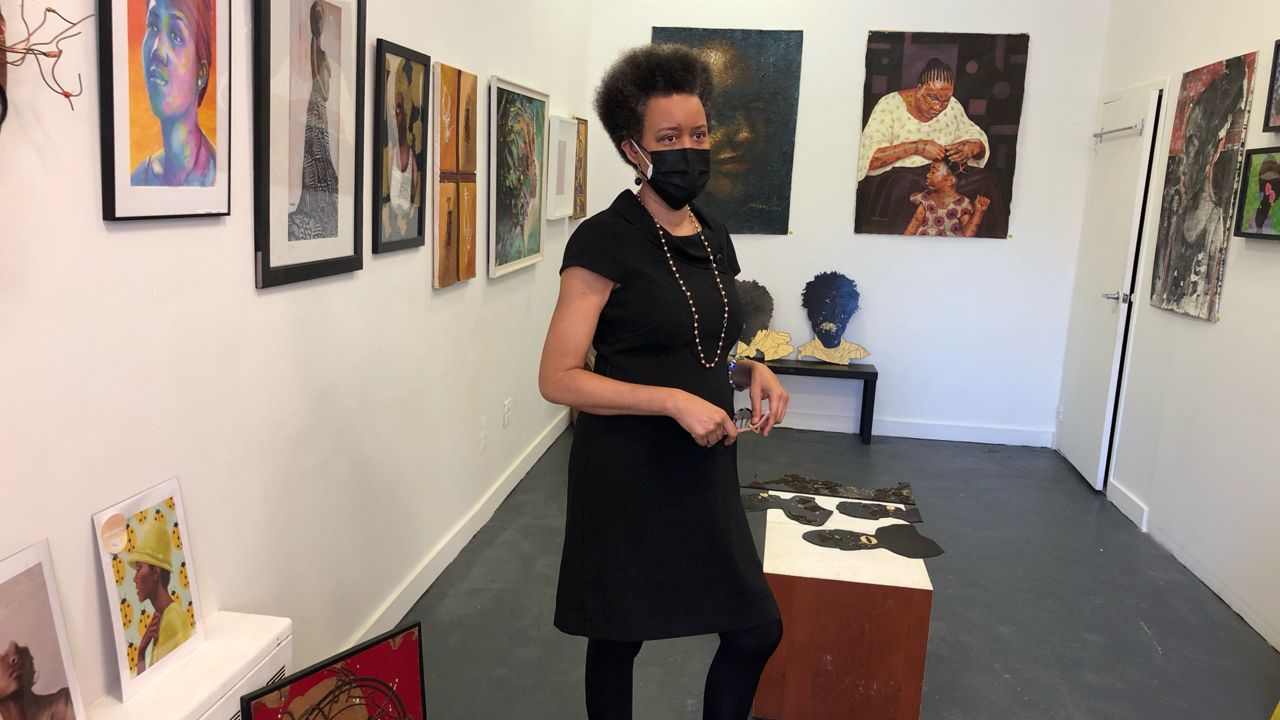 Even though Atim Annette Oton's Calabar Gallery in Harlem has only been officially open for eight months, she has plenty of art in the corner spot on 134th Street and Frederick Douglass Boulevard, where the spotlight is on African American, African and Caribbean artists.

"The goal was to make the gallery focus around a local community and a global community," said Oton, who is from Nigeria and attended college nearby at City College.

She was an architect and worked in the academic world before opening her first business 16 years ago. Calabar Imports has two locations in Brooklyn. She had curated art shows there, but at this Harlem location, the focus is on being a gallery.

Oton says because of the pandemic, she hasn't been able to have exhibitions, but online sales have increased during the same time period.

"It was already growing prior to the Black Lives moment, which I think shaped and changed things," said Oton, who says Black-owned stores or galleries experienced a spike in traffic on their websites.

Oton attributes some of this to people being at home more during the pandemic and staring at blank walls, so they decide to redecorate and buy art. She says it's also about building culture. "Investing in something that looks like you, for Black art whether it's African Art, African-American Art or Caribbean Art, it is what is important is about a connection to themselves and their African heritage in some ways." said Oton.

She hopes to work with around 400 artists locally and globally through auction, art sales and exhibitions, and represent primarily around 10 artists. It’s all about continuing to invest in the community and cultivating art in Harlem and globally. "It's part of my life, it is part of my DNA, and I don't see it being anything different from what anyone else does. I think if you grow up around something that has value, you treat it with a certain amount of value," she said.

The gallery's first exhibition is scheduled for mid-April.