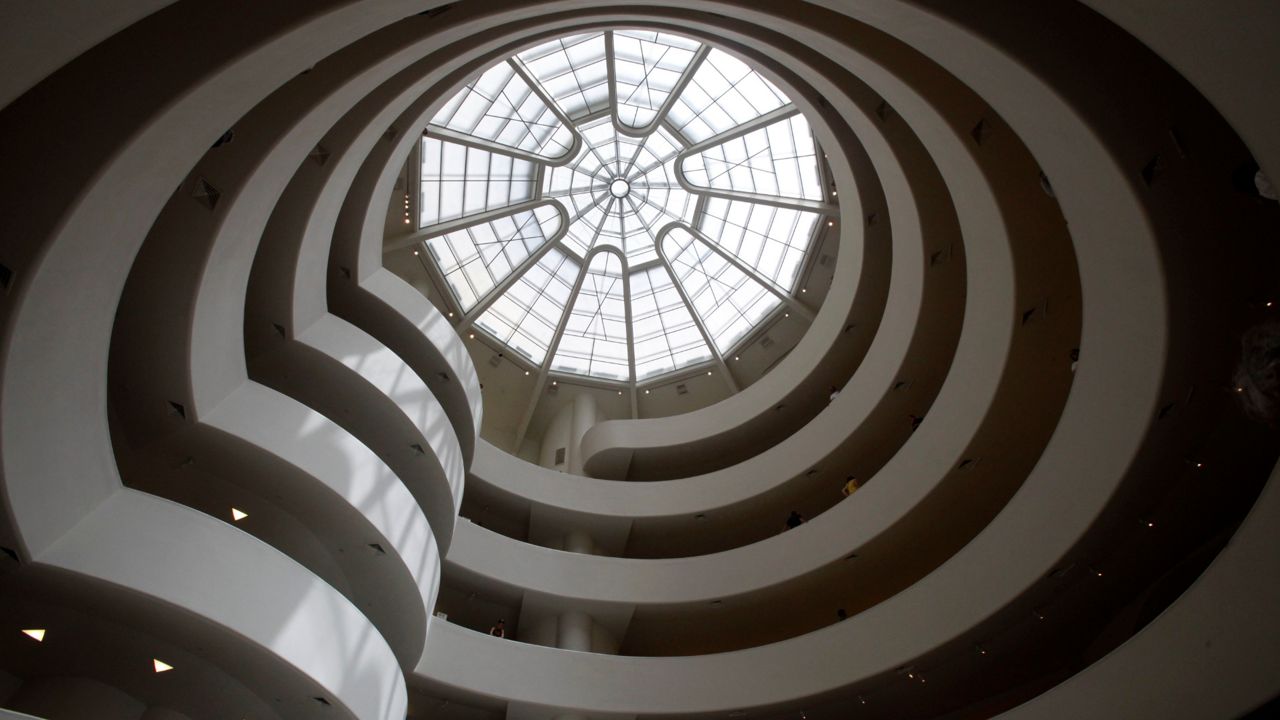 NEW YORK - Richard Armstrong, the Director of the Guggenheim Museum admits these past months have been tough.

"It’s been very lonely these last several months and in the beginning, at least, it was also quite frightening," he said.

But now he has spent months talking with other museums and his own staff about how to reopen safely on October 3. He says the iconic structure of this Frank Lloyd Wright designed building helps.

The main rotunda is filled with an exhibit that looks at the changes in the countryside around the globe, but many visitors will head into the side gallery to see works by Jackson Pollack.

Of course there is no right way to view art, but Modern Art Curator Megan Fontanella does have a suggestion.

"It's really interesting to think of yourself as Pollack. You're standing in front of this work, you have this blank canvas. It's expansive and what do you do? He began by laying out these initial elements of the composition and then he's adding more layers. You really, for me, you see the energy that really bodily experience," said Fontanella.

She also added that the museum was built as a temple to the human spirit.

"I hope that visitors returning to our space find some thing of that inspiration that solace in the building are drawn upward to this gallery and can have those contemplative moments with the mural. It's such a pleasure to sit with one painting," said Fontanella about visitors returning and seeing the Pollack mural.

"You can see how people are going to be ecstatic to see the art the culture something different, different than looking at a zoom," said Brewer at a preview to the opening.

In addition to masks and timed ticketing to keep the capacity of 25 percent, the museum is also asking visitors to walk up the ramp of the rotunda and use the stairs or elevator to go back down

The Guggenheim will have stalled back hours and days open just 11-6 Thursdays to Monday starting October 3.