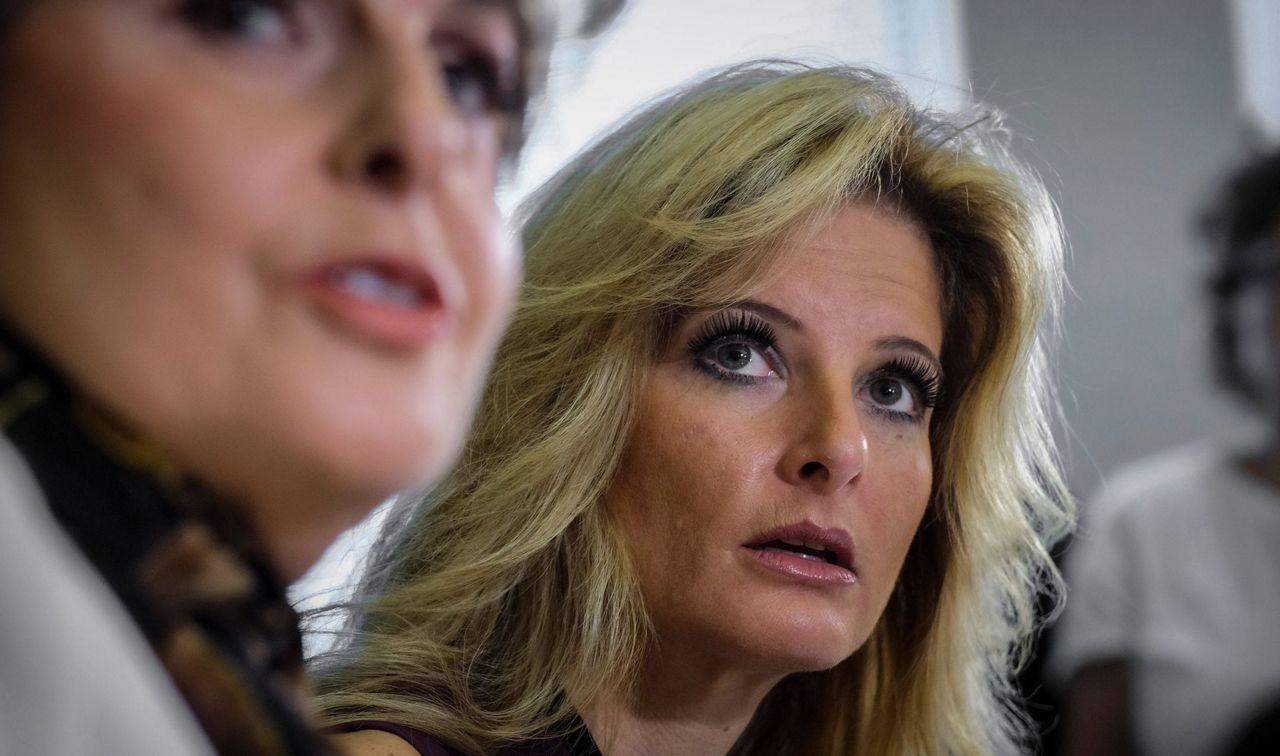 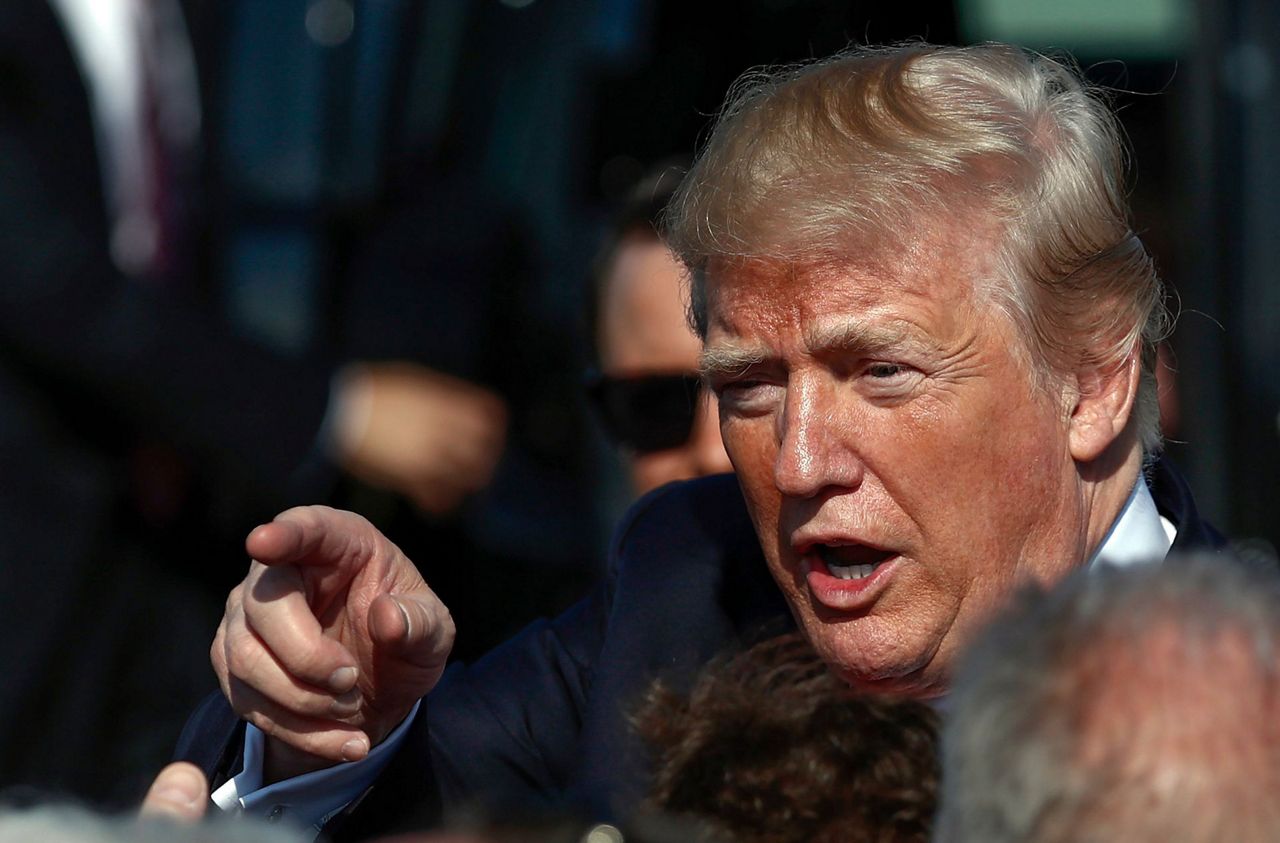 2 of 4
FILE - In this Friday Dec. 22, 2017, file photo President Donald Trump greets people on the tarmac as he arrives at Palm Beach International Airport, in West Palm Beach, Fla. Trump wants to countersue Summer Zervos, a former "Apprentice" contestant, who accused him of defaming her when he denied her sexual assault allegations. Trump lawyer Alina Habba asked a court’s permission Monday, Oct. 18, 2021, to pursue a counterclaim against Zervos. (AP Photo/Carolyn Kaster, File) 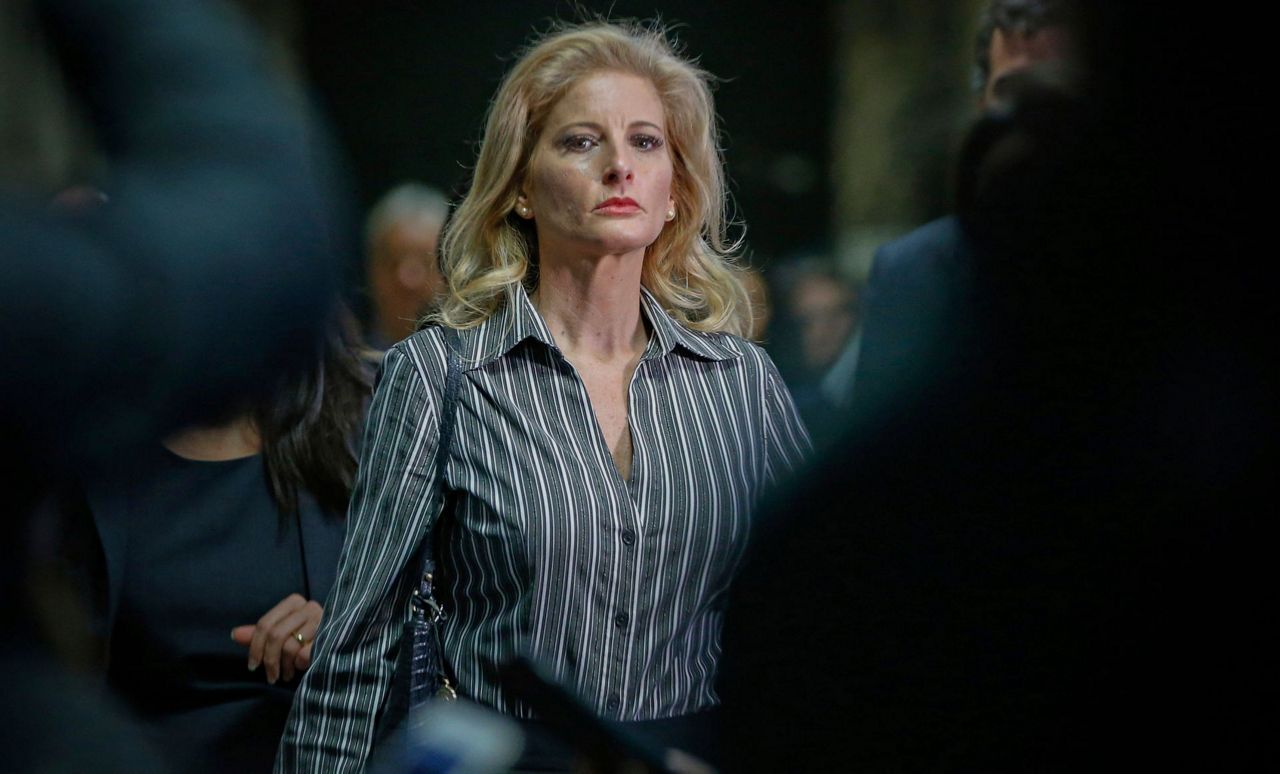 3 of 4
FILE - In this Dec. 5, 2017, file photo, Summer Zervos leaves Manhattan Supreme Court at the conclusion of a hearing in New York. Former President Donald Trump wants to countersue Zervos, a former "Apprentice" contestant, who accused him of defaming her when he denied her sexual assault allegations. Trump lawyer Alina Habba asked a court’s permission Monday, Oct. 18, 2021, to pursue a counterclaim against Zervos. (AP Photo/Kathy Willens, File) 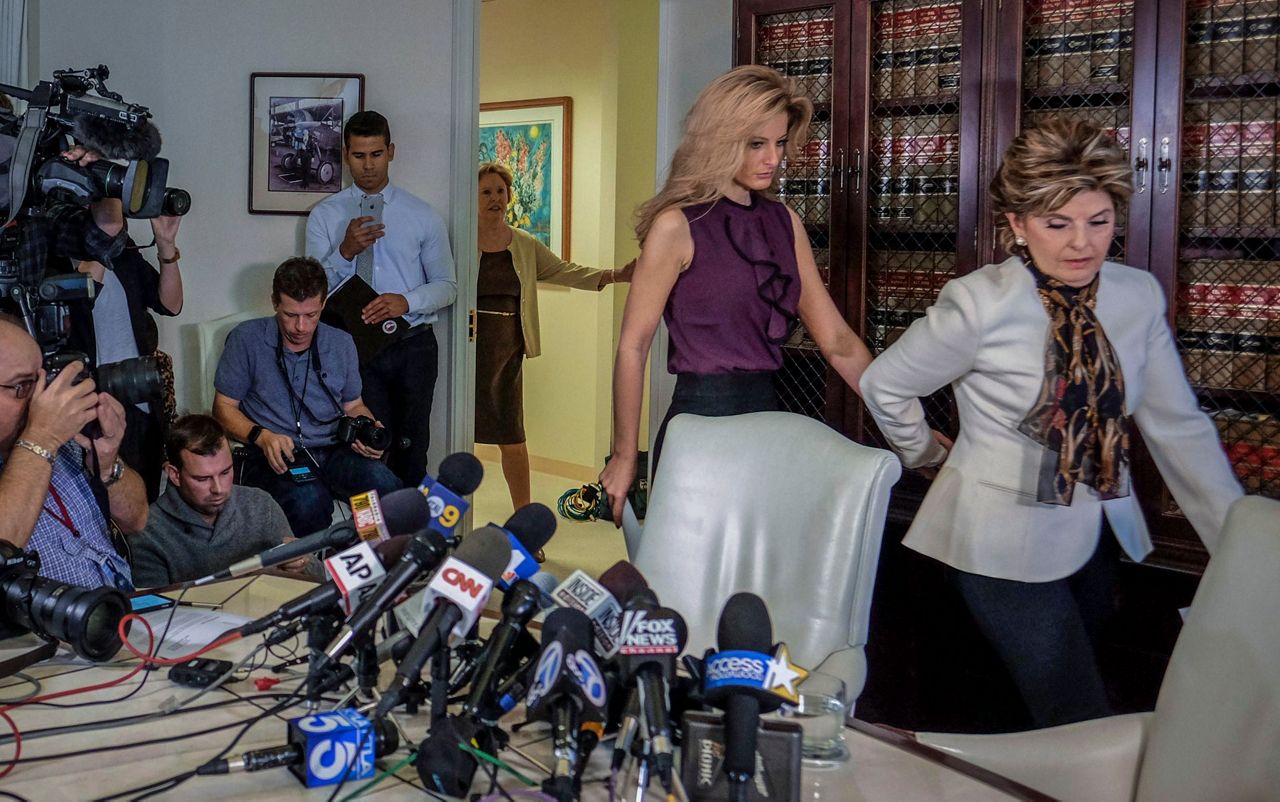 Summer Zervos sued the then-president in New York state court in 2017, saying he damaged her reputation when he said she and other women alleging sexual assault and harassment were making things up.

Friday's filing said the case was dismissed and discontinued with prejudice, meaning Zervos could not file the same claim in state court in the future. The filing also said each party is responsible for their own costs.

Zervos accused Trump of kissing and groping her against her will in 2007, speaking of it during the 2016 presidential campaign. He denied the accusations.

Zervos' attorneys, Beth Wilkinson and Moira Penza, said in statements that “after five years, Ms. Zervos no longer wishes to litigate against the defendant and has secured the right to speak freely about her experience.”

“Zervos stands by the allegations in her complaint and has accepted no compensation,” they said.

“She had no choice but to do so as the facts unearthed in this matter made it abundantly clear that our client did nothing wrong,” Habba's statement said.

“It is so sad when things like this can happen, but so incredibly important to fight for the truth and justice. Only victory can restore one’s reputation!” Trump said in his own statement.

Last month, Habba had asked the court for permission to file a counterclaim against Zervos. The two sides had been due to complete depositions by Dec. 23.

The Associated Press generally does not identify people who say they have been sexually assaulted, unless they come forward publicly, as Zervos has.