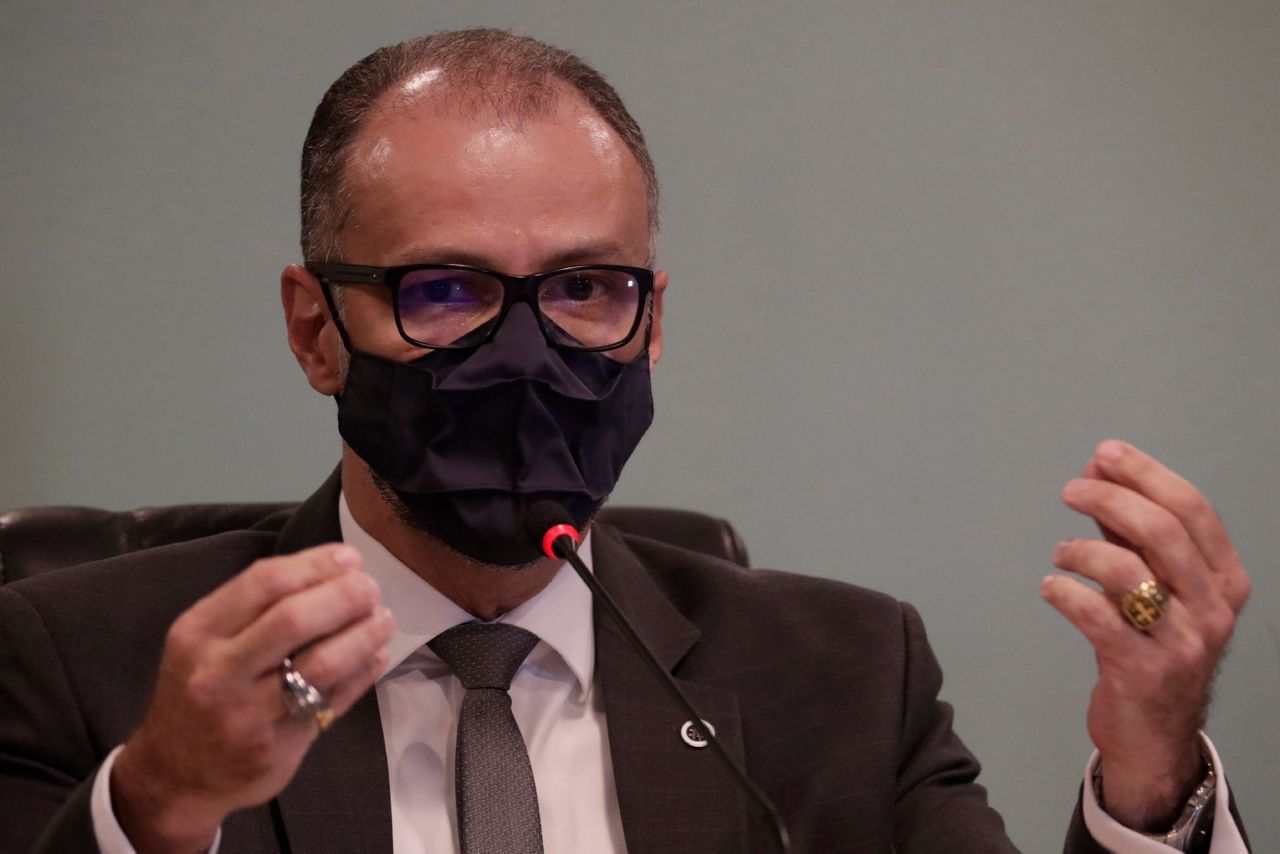 1 of 2
Anvisa President Antonio Barra Torres gives a press conference about the national health regulator's decision to halt clinical trials of the experimental coronavirus vaccine CoronaVac, at the agency's headquarters in Brasilia, Brazil, Tuesday, Nov. 10, 2020. The potential vaccine is being developed by Chinese biopharmaceutical firm Sinovac and in Brazil would be mostly produced by Sao Paulo state-run Butantan Institute. (AP Photo/Eraldo Peres) 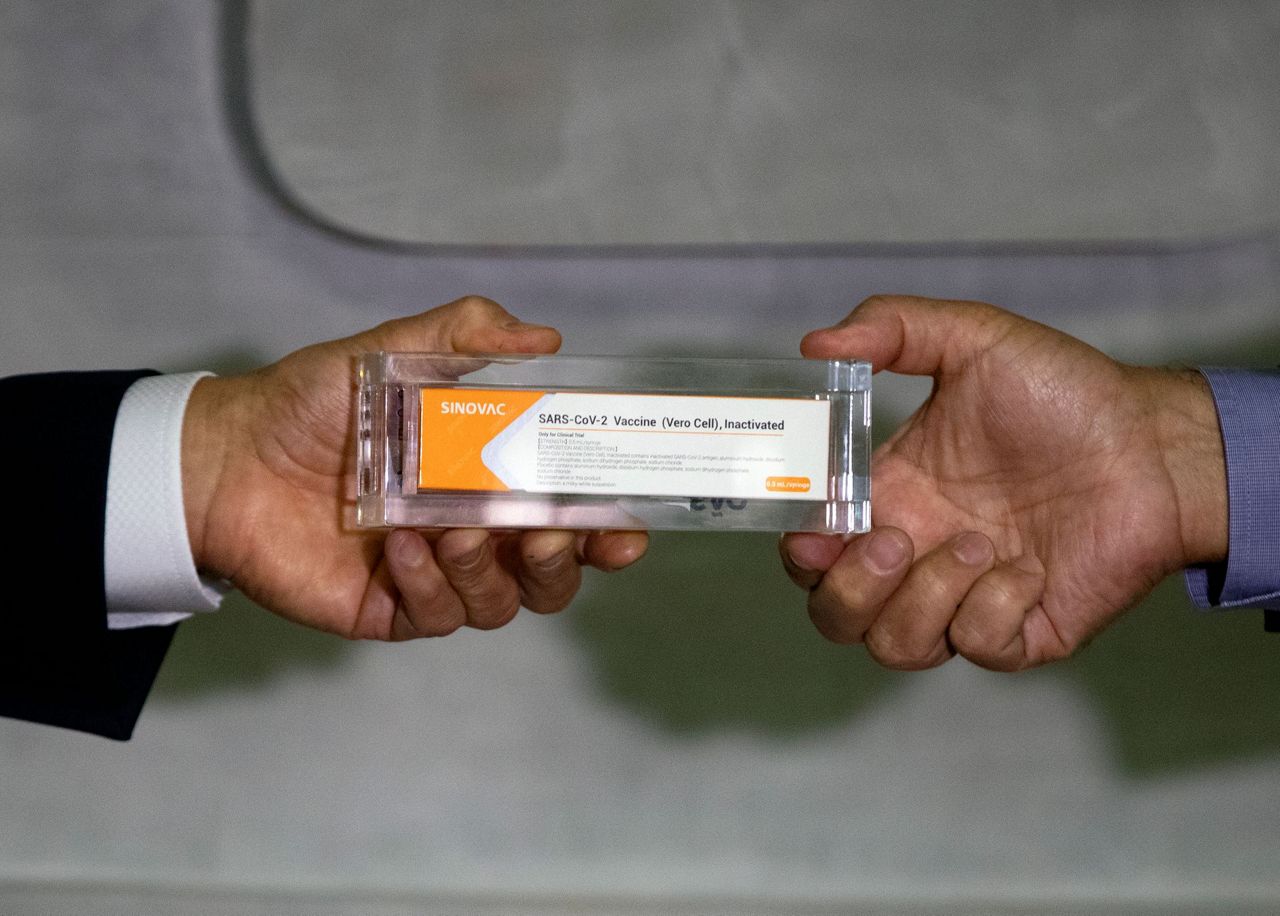 RIO DE JANEIRO (AP) — Brazil’s health regulator on Wednesday authorized the resumption of large-scale clinical trials on a potential coronavirus vaccine developed by a Chinese company just over a day after shutting the test down.

The initial decision by Anvisa led to a storm of complaints that the action was more political than scientific.

The agency had cited an “adverse, serious event” that occurred on Oct. 29 as the reason for halting the trials on Monday night, but said Wednesday it now “has sufficient elements to allow vaccination to resume.”

The potential CoronaVac vaccine is being developed by Chinese biopharmaceutical firm Sinovac and in Brazil would be mostly produced by Sao Paulo’s state-run Butantan Institute.

Adversaries of President Jair Bolsonaro said they suspected the suspension was motivated by the president’s oft-stated wariness of China and his political rivalry with Sao Paulo’s governor, though Anvisa officials insisted the decision was based purely on technical issues and complained they hadn't been given sufficient initial information about the case.

Anvisa “continues to monitor the investigation of the outcome of the case in order to define the possible causal relationship between the unexpected event and the vaccine,” its statement added on Wednesday. It did not specify what sort of event had occurred.

About 10,000 volunteers are taking part in phase three testing of the Sinovac candidate, one of several potential vaccines under trial in one of the nations hardest hit by COVID-19.

Temporary halts of drug and vaccine trials are relatively common; in research involving thousands of participants, some are likely to fall ill. Pausing a study allows researchers to investigate whether an illness is a side effect or a coincidence. Last month, two drugmakers resumed testing of their prospective coronavirus vaccines in the U.S. after they were halted earlier.

Bolsonaro has repeatedly cast doubt on CoronaVac’s prospective effectiveness, and last month rejected it, saying Brazilians would not be used as guinea pigs. He celebrated Anvisa’s suspension on Tuesday, saying it showed that “Jair Bolsonaro wins again.”