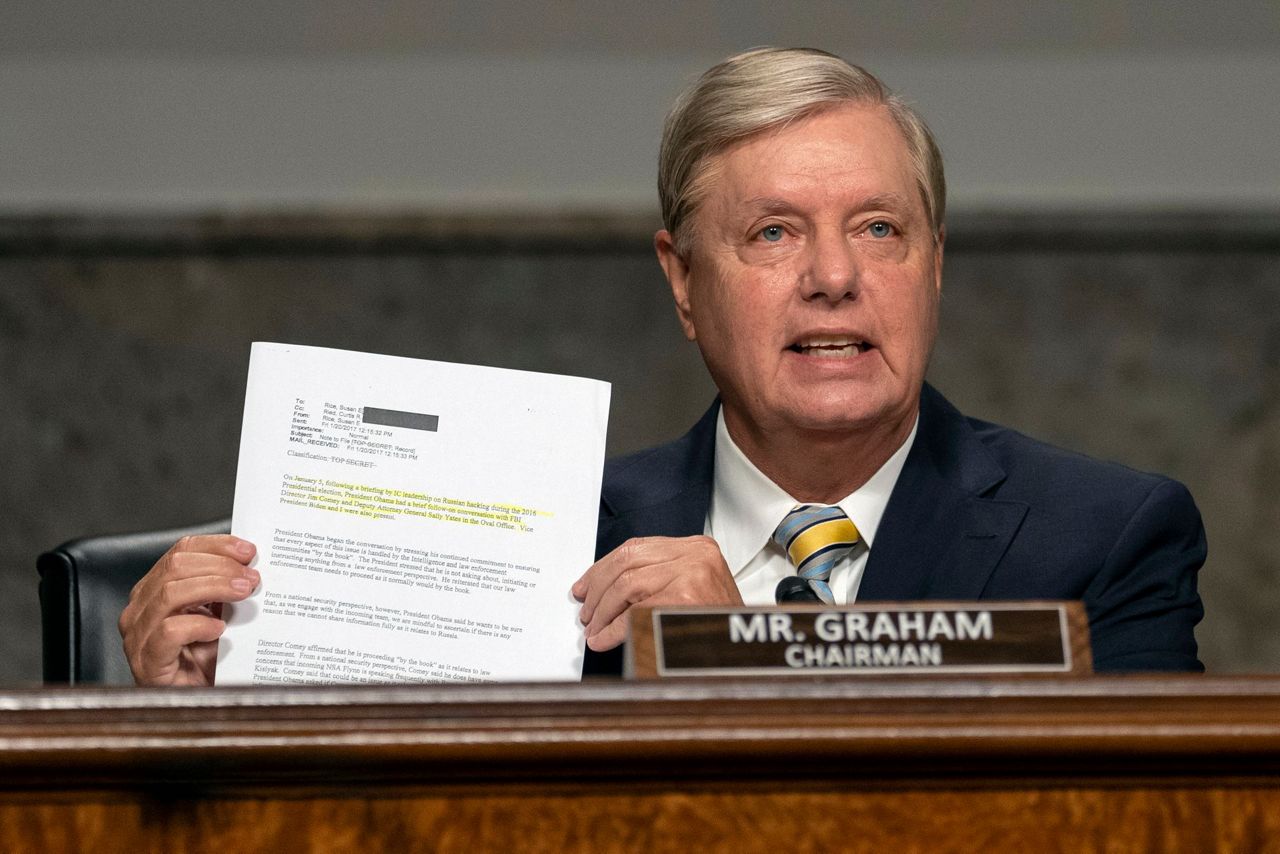 Comey to testify before Senate panel weeks before election

WASHINGTON (AP) — Former FBI Director James Comey will testify before the Senate Judiciary Committee on Sept. 30, appearing just a month before the presidential election as Republicans have tried to make the case that he and his agency conspired against Donald Trump in 2016.

Comey, whom Trump fired in May 2017, will be a featured witness in Senate Judiciary Committee Chairman Lindsey Graham’s investigation into the origins of the Justice Department’s Russia probe. The president has long tried to discredit that investigation, which concluded with a 2018 report by special counsel Robert Mueller, calling it a “hoax.” Graham said he also invited Mueller to testify but that Mueller had declined.

Mueller's probe found multiple contacts between the campaign and Russia but said there was not enough evidence to establish a criminal conspiracy between the two. His report also examined several instances in which Trump tried to obstruct his investigation but said he could not come to a conclusion on whether Trump obstructed justice.

Republicans have turned their attention to a report by the Justice Department’s inspector general last year that found multiple errors and omissions in the applications the FBI submitted to conduct surveillance on a former Trump campaign aide early in that investigation. Republicans, and Trump himself, have repeatedly said they believe the department was conspiring against the president before and after the election.

Democrats have argued that the errors in the surveillance do not invalidate the Russia investigation, as the internal Justice Department report said the FBI was justified in opening the investigation and found no evidence that it acted with political bias. They have also slammed Graham’s investigation, along with a separate probe by the GOP-led Senate Homeland Security and Government Affairs Committee, as an election-year attempt to bolster Trump.

Separate inspector general reports related to Comey’s leadership of the Trump-Russia investigation and the Hillary Clinton email probe identified significant errors in judgment but did not allege evidence of political bias on Comey’s part. One report described him as “insubordinate” during the Clinton investigation while another found that he broke FBI rules in his handling of memos documenting conversations with Trump. The Justice Department declined to prosecute him.

Graham, a close ally of Trump, said Thursday that “the day of reckoning is upon us” when it comes to the beginning of the Russia probe. He said Comey would be “respectfully treated, but asked hard questions.”

The South Carolina Republican, who is also up for reelection, said he is also hoping to hear testimony from former acting FBI Director Andrew McCabe and former agent Peter Strzok, who was removed from the Russia investigation and eventually fired after it was discovered he had sent derogatory text messages about Trump.

Copyright 2020 The Associated Press. All rights reserved. This material may not be published, broadcast, rewritten or redistributed without permission.