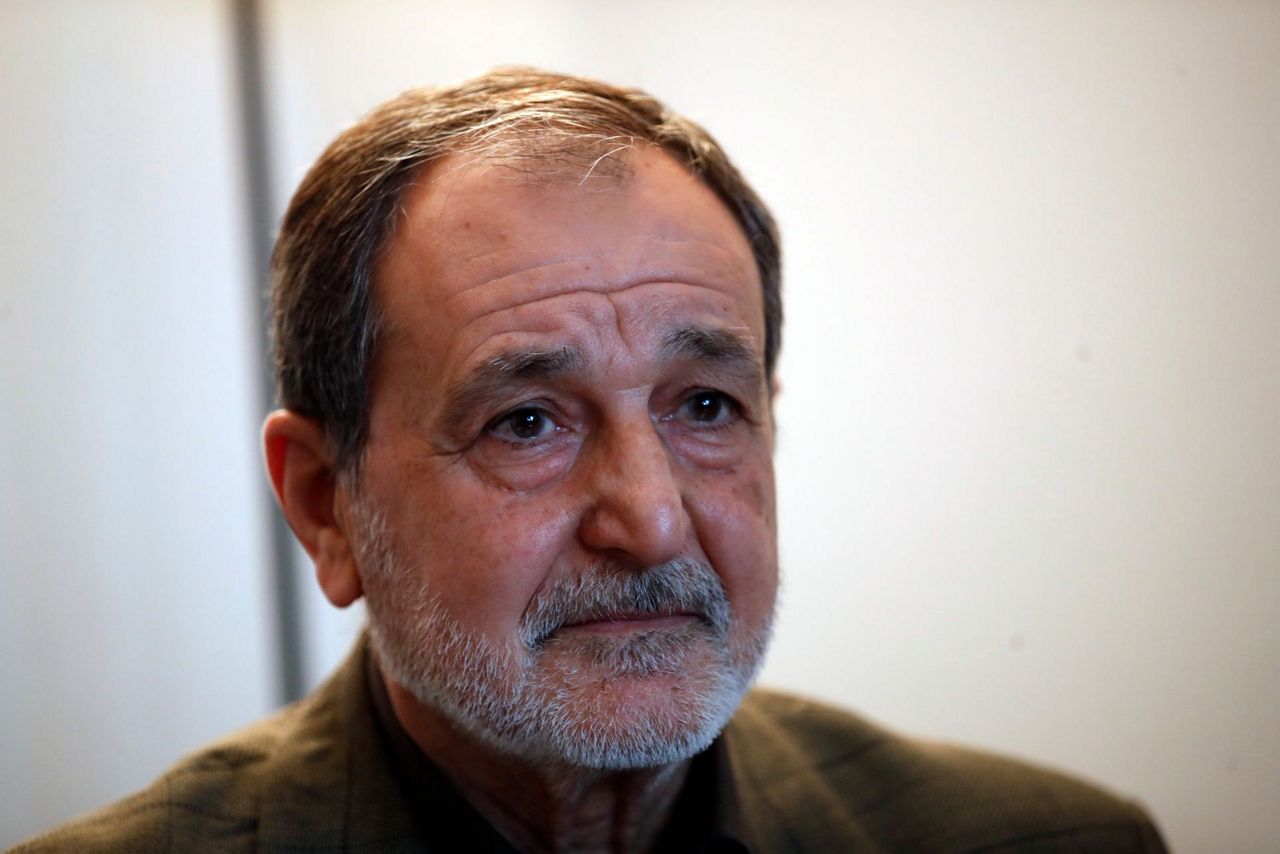 Germany says it wasn't consulted on US withdrawal from Syria

BEIRUT (AP) — A senior Kurdish politician Friday called on France to play a larger role in Syria following the withdrawal of U.S. troops from the country, warning that Kurdish fighters may have to withdraw from the front lines in the fight against the Islamic State group.

Ilham Ahmed also suggested that the main Kurdish militia may no longer be able to hold the hundreds of IS militants detained in its prisons in northeastern Syria in the case of a Turkish attack, noting they might head to Turkey or farther abroad from there.

The group known as the Syrian Democratic Forces is known to hold hundreds of militants from various nationalities, including Europeans, in detention centers across areas under their control in northern Syria, and their families have been rounded up in camps run by the group. The Kurds have not decided how to handle them, since their home countries don't want them back and also don't recognize Kurdish-run courts.

"We fear things will get out control and we would no longer be able to contain them (IS militants) in the area, and this would open the door to their renewed spread and movement toward the Turkish border and from there to the rest of the world," Ahmed said. She was in Paris as part of a delegation attending talks on the planned U.S. military withdrawal from Syria and Turkey's warnings that it may launch a military operation against Kurdish forces in northeastern Syria.

In France, an official at Elysee Palace said that during the meeting with the Syrian visitors, Macron's aides "provided a message of solidarity and support and explained exchanges that France was having with the U.S. to continue the fight against Daesh." The official, who spoke on condition of anonymity for not being authorized to speak publicly, used an Arabic acronym to refer to IS.

Ahmed said France as a NATO member has a moral obligation to prevent Turkey from attacking Kurds.

Her comments reflected the desperation and turmoil within the Kurdish forces following President Donald Trump's surprise announcement that he would withdraw the 2,000 troops in Syria. The announcement came at a particularly tense moment in northern Syria. Turkish President Recep Tayyip Erdogan has repeatedly warned of launching a new offensive against the Kurds and in recent days has stepped up the rhetoric, threatening that an assault could begin "at any moment."

Turkey views the People's Protection Units, or YPG, the main component of the Syrian Democratic Forces, as a terrorist group and an extension of the insurgency within its borders. U.S. support for the group has strained ties between the two NATO allies.

On Friday, Turkish President Recep Tayyip Erdogan said the announcement from Washington about a pullout as well as "diplomatic and security contacts" forced Turkey to delay its plans for an operation against the U.S.-backed Kurdish militia east of the Euphrates river.

Speaking in Istanbul in an address to business groups, he said however, that the delay would "not be open-ended."

Trump's abrupt decision has been widely seen as an abandonment of a loyal ally, even though the U.S. partnership with the Kurds against the Islamic State group in Syria was always considered a temporary marriage of convenience. With U.S. air support, the Kurds drove IS out of much of northern and eastern Syria in a costly four-year campaign.

"The decision to pull out under these circumstances will lead to a state of instability and create a political and military void in the region and leave its people between the claws of enemy forces," a statement by the Kurdish-led group and main U.S. ally in Syria said Thursday.

Underscoring the ongoing fight against IS, a Kurdish news agency and the Syrian Observatory for Human Rights war monitor reported that IS launched a counteroffensive in the area on the outskirts of Hajin, the last town controlled by IS in Syria which the SDF recaptured a week ago.

Cavusoglu spoke during a visit to Malta in comments that were broadcast on Turkish television. They marked the first official reaction to the U.S. decision to pull out its troops.

The minister spoke of a need to coordinate the withdrawal with the U.S. and said all countries need to be vigilant in the fight against the remnants of the Islamic State group.

Cavusoglu also warned that the withdrawal should not create a vacuum that could be filled by terrorist groups.

The German government, meanwhile, said it wasn't consulted by Washington before the U.S. announced the troop withdrawal.

Government spokeswoman Ulrike Demmer told reporters in Berlin on Friday that Germany would have appreciated prior consultations.

Demmer said the U.S. decision could affect the dynamics of the conflict, adding that "much remains to be done" for a final victory over the Islamic State group.

She said the United States is an "important ally" but declined to say whether Germany also considers it a "reliable" one.

Associated Press writers Frank Jordans in Berlin, Suzan Fraser in Ankara and Elaine Ganley in Paris contributed to this report.