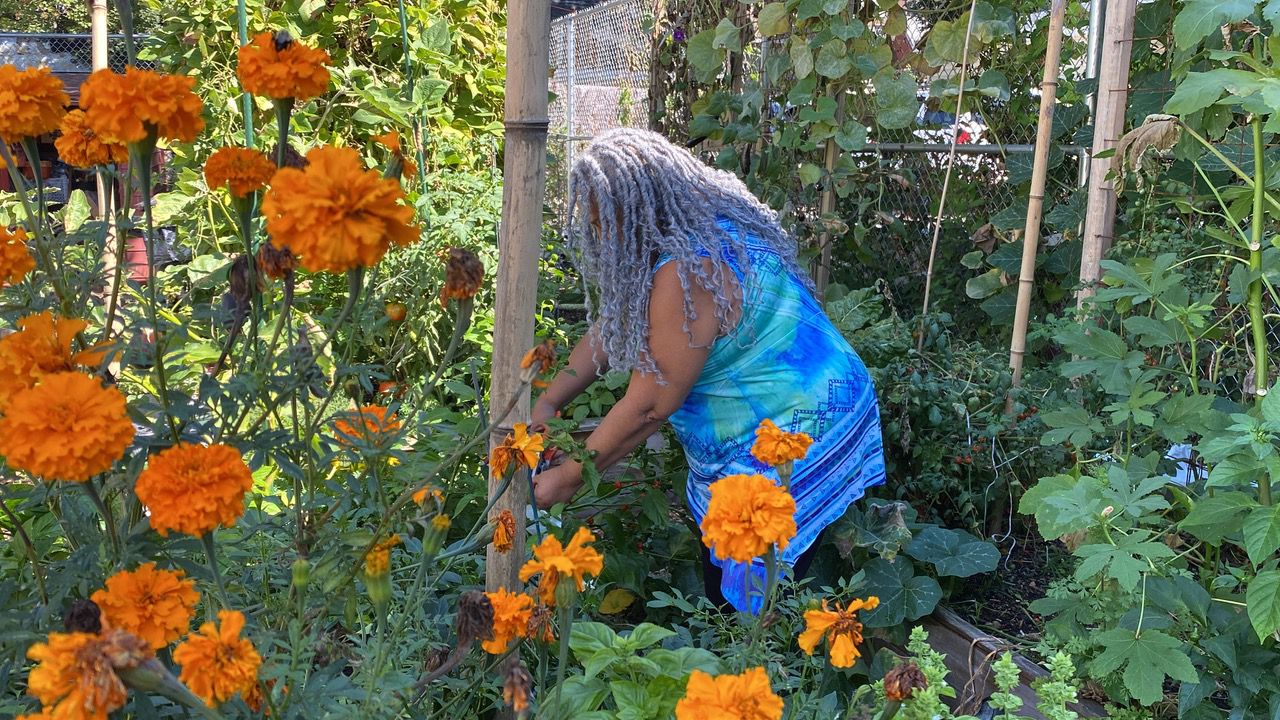 A community garden in Queens is struggling to keep their crop going after the driest August since 1994. (NY1 Photo/Clodagh McGowan)

Sonia Ferraro has been gardening her entire life. But she says this year there is a noticeable difference in the harvest.

“It’s different from any other gardening year. This year, it was like you wanted to cry because we watered and it wasn’t good enough,” said Ferraro, the founder of the Paradise Community Garden in Queens.

They’re growing more than a dozen vegetables and flowers in the Paradise Community Garden, but New York City is currently in the midst of a severe drought — a result of the driest August since 1994. In the last 50 days, it has only rained seven days.

That means the volunteers at this community garden, in a lot on Inwood Street and Shore Avenue, have been working double-time trying to keep plants watered

“It takes a lot of effort to keep up with making sure that everything is well fed and well hydrated,” said Sacesha Bennett, a St. Albans resident.

Bennett is newer to gardening, but she’s been volunteering at the garden for about a year now.

She’s already noticed a difference in the volume of rainwater collected in the garden’s rain barrels this summer.

That leaves the gardeners a lot more dependent on the city’s water supply through a hose hooked up to a fire hydrant around the block — something they needed FDNY training and approval to tap into.

Paradise Community Garden is one of over 550 urban gardens across the city, supported by the Parks Department’s Green Thumb Program.

According to the Parks Department, the community gardens play a critical role as part of the green infrastructure of the city during extreme weather events.

The agency is providing free workshops on sustainable water management in gardens and providing groups with resources to help with drought conditions.

For Ferraro, it was a place of refuge. And helped provide healthy food for local families in a time when it was needed most.

“The whole idea with each bed is that families come in here to supplement their food in their home because food has become quite expensive. Most people can’t afford to buy organic foods or even buy the ethnic foods that they’re used to,” said Ferraro.

And Ferraro says, while this summer’s bounty has not been as plentiful as she hoped, she is thankful for the hardworking volunteers and hopeful for a rainier planting season to come.