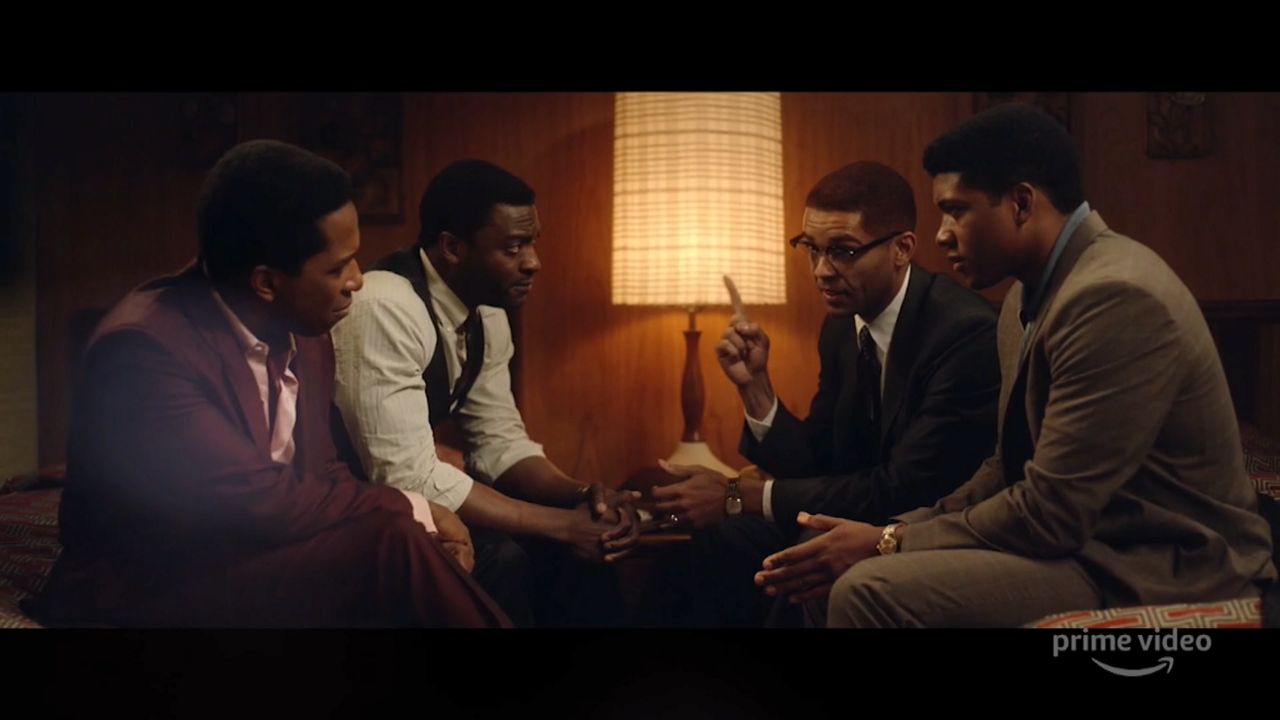 Film 'One Night in Miami' Based on True Events

Set against the backdrop of the Civil Rights Movement, "One Night in Miami" depicts a meeting of the minds of modern history’s most notable trailblazers, Malcolm X, Muhammad Ali, Jim Brown, and Sam Cooke.

Kemp Powers, who is currently receiving praise for his Pixar film "Soul," adapted his play for the screen.

"I was a journalist in my former life, and this was just a paragraph in a book that I'd been reading on the intersection between sports and the Civil Rights Movement," Powers says. "There was one paragraph in the book that mentioned that the night Cassius Clay beat Sonny Liston, February 25, 1964, he went back to Malcom X’s hotel room with his friends, Malcolm, Sam Cooke, and Jim Brown. And the next morning is when he announced to the world that he was in the nation of Islam. So that was like, whoa! Could you imagine the night of conversation these men must have had?"

In the room where it happens on screen is Tony winner Leslie Odom, Jr. who takes on the king of soul, Sam Cooke. When it comes to the different ideologies set forth by the different historical figures, Odom, Jr. says he falls somewhere in the middle.

"Somewhere between Sam and Malcolm," he says. "You know, Sam saw the value of putting in, in a capitalist society. He saw the value of helping people put food on their tables. He saw the simple value of giving people the dignity of being able to practice the craft and, and make a living doing the thing that they loved. And Malcolm, you know, was about divesting and building for ourselves."

The film marks the feature directorial debut for Oscar winner Regina King. King says while this film is set decades ago, its themes are timely.

"I think as Americans, we have to accept that there are a lot of different sides of America," she says. "I feel like we're at a place where, you know, things have exploded and, hopefully, more of us than not are looking at it where this is an opportunity to rebuild and keep what's great about us and, you know, let what wasn't great about us be history."

"One Night in Miami" is available now on Amazon Prime Video.