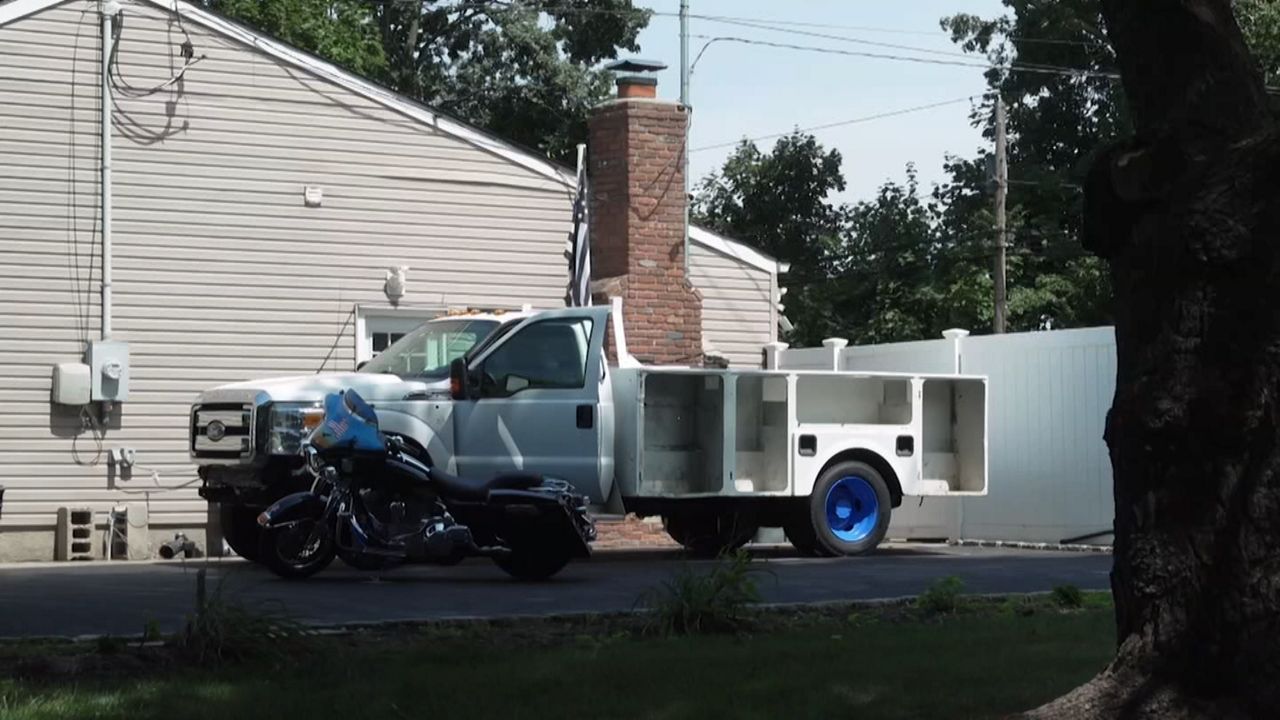 Retired NYC Firefighter Wayne Forte plans to mark this year’s 9/11 anniversary with an incredible gift in honor of a friend who died from 9/11-related cancer. It’s more than two years in the making, but can he get it done in time?


Forte is a bit of a motorhead, still most thought he was crazy to try to build a truck.  But after two years, Wayne is close to finishing this ceremonial Rig, which he plans to donate to the NYPD as a tribute to his late friend Scott Blackshaw.

"He was like a brother to me so it makes it harder to. I can't even talk," said Forte while working on the engine and undercarriage.

Blackshaw, a NYC Police officer who worked at the 13th precinct, spent weeks on recovery efforts at the World Trade Center site. He was diagnosed with 9/11-related cancer in 2015. Wayne and other friends and family took him to doctors appointments and helped take care of him. He died in 2018.

It was at the funeral that Wayne was struck with an idea:"When the hearse pulled up, I just kind of thought maybe the NYPD would have a truck, just to carry the casket of their fallen officers," said Forte. It did not.

So for more than two years, through Covid and heatwaves, Wayne has been out in his East Northport Long Island driveway building this Ceremonial Truck for the NYPD in honor of his best friend. "This way, his name goes on forever with the department. A lot of people thought I was crazy at first, When I came up with the idea. But now that they seeing what I'm doing and how far I'm along and getting close to them for you know my goals. They really are appreciating it a lot," Forte said.

And that includes Scott’s brother, Dave Blackshaw. "Wayne has been there always for my brother along with many other of his friends. His friends and Wayne continue to keep his legacy alive," said Blackshaw.

Forte, now retired because of work related injuries, joined the FDNY ladder 164 in Queens in 2004. He and Scott shared a passion for helping others. "He knew that I loved my job and I knew that he loved his job, the same amount. And I think that made it even easier for us to connect. At the end of the day, you know we're putting our life on the line for the people of New York," said Forte.

Wayne is still working on the engine, and can’t get it to start right now; but he's hopeful with help from a mechanic, he can present the truck to the NYPD on Sept.10. "Me, seeing Scott suffer, and all these other guys suffer nothing will stop me from doing it," Forte said.