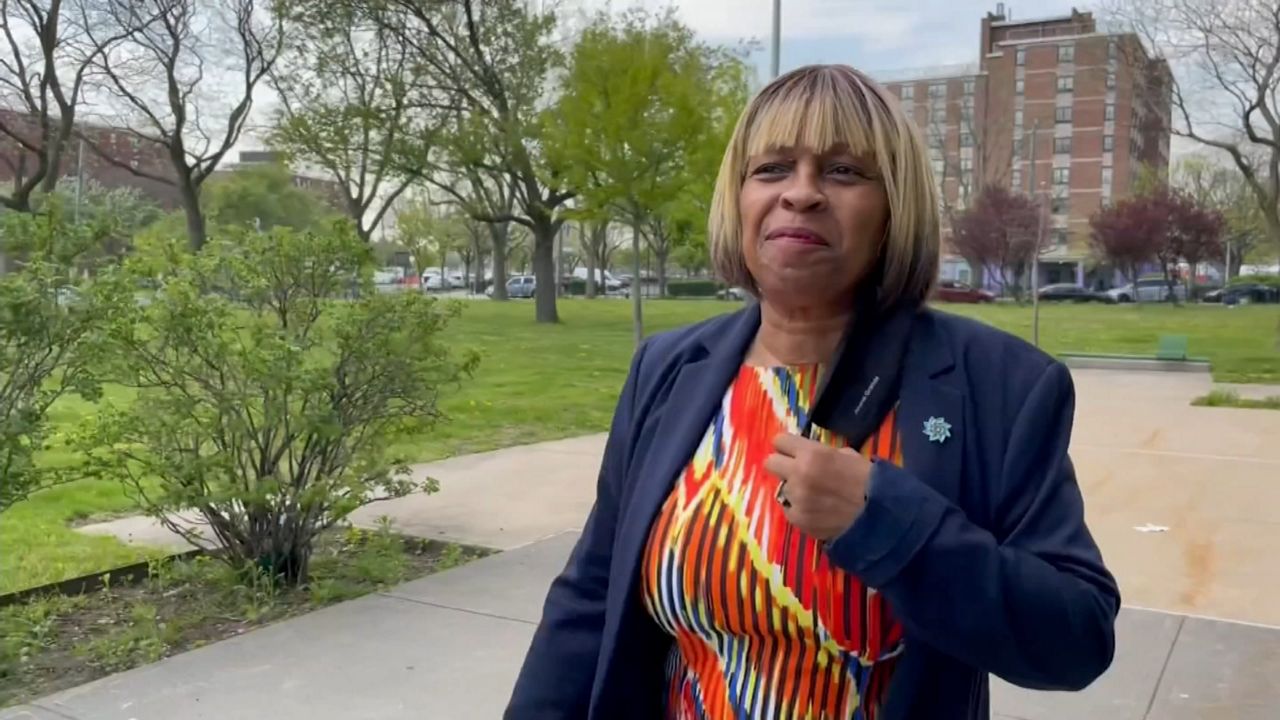 Lehra Brooks, a foster mother for children in the Bronx.

Lehra Brooks gave birth to five children. Her youngest is 34. But there's still a colorful children's bedroom in her home. It belongs to her year 8-year-old foster child.

“I kind of have been fostering most of my adult life. But I always tell people, 'Be careful what you wish for, you just might get it,'” said Brooks.

She's a special education teacher from the Bronx, and is also a special kind of mother. Over the years, Brooks has opened her heart and home to 13 children, ranging in age from six to 20.

She’s a foster parent with Rising Ground, one of the city’s first orphanages founded back in 1831.

”We are a true New York story. We’ve grown and changed through these 190 years to meet the needs of our communities," said Alan Mucatel, CEO of Rising Ground. “The downside to that story is we still have tremendous disproportionately of young people of color in the foster care system."

The commissioner for the administration for Children’s Services testified before the city council last October, acknowledging that racial inequities are a major problem in child welfare and justice systems.

There are 1.7 million children in New York City. Black children make up less than a quarter of the population. Latinx or Hispanic make up a little more than a third.

But of the approximately 8,000 children in Foster Care, at least 90% are children of color. It's an issue that ACS is trying to address through new initiatives to keep families together and employees must take anti-racist training.

After a turbulent childhood, 16-year-old Venus Espaillat is now a senior in high school with plans for college. She feels foster kids get a bad rap.

“I feel like a stereotype for foster kids is, when they age of out foster care, they become drug addicts, and I feel that’s not always true," said Venus. "I rather have people generalize us as kids who have gone through a lot, people who push to be stronger than people who go and resort to drugs.”

“We talk about the bad parents, but there are way more good parents out there than bad,” said Timothy Jenkins, an 11th grader in foster care.

Lehra Brooks is one of the good ones, because she was a foster kid herself.

“It was really terrifying and people did not treat us good. I remember being in a home where there were chains on the refrigerator,” Brooks recalled. “I had always vowed that I would never treat children like that. I would never lock anything up. I always want children to feel like it’s their home."

But supporting children at risk during the pandemic is a real challenge. With limited access to family courts and a backlog of cases, an already complex system with many moving parts became even more complicated. But foster parents like Lehra Brooks are the glue holding it all together for the children.

”They will know there is something good on the other side of that fence. That’s what I want every child to have," said Brooks.